Just about everyone that has watched the Godfather II movie has a desire to visit Sicily someday.  The movie classic portrayed the old world version. The Island is rich in history, being a virtual crossroad of cultures that blend Roman, Greek and Arab-Norman cultures.

Until recent years, Sicily has had a black shadow over it. The Mafia had their hands in many business owners pockets. Today a lot of that has been cleaned up. Still, Sicily has the grittiness about it. A 5’oclock shadow. Police have tightened down on businesses that only accept cash as payment. They require that patrons be given a printed receipt for every purchase. Vendors encourage patrons to keep their receipts handy, just in case policeman waiting outside the business ask to see the patrons receipt.

We had the good fortune of visiting Palermo for the first time during the week of Christmas and New Year’s Eve. We flew into Rome and connected to an Alitalia flight to Palermo. The trip was less than one hour. Palermo is a bustling city with a fast pace and even quicker motorists. Our taxi ride from the airport to downtown Palermo was under thirty minutes. We got to our hotel in the dark on a mild but rainy night.

The Five Star Grand Hotel Wagner was conveniently located in the center of town. 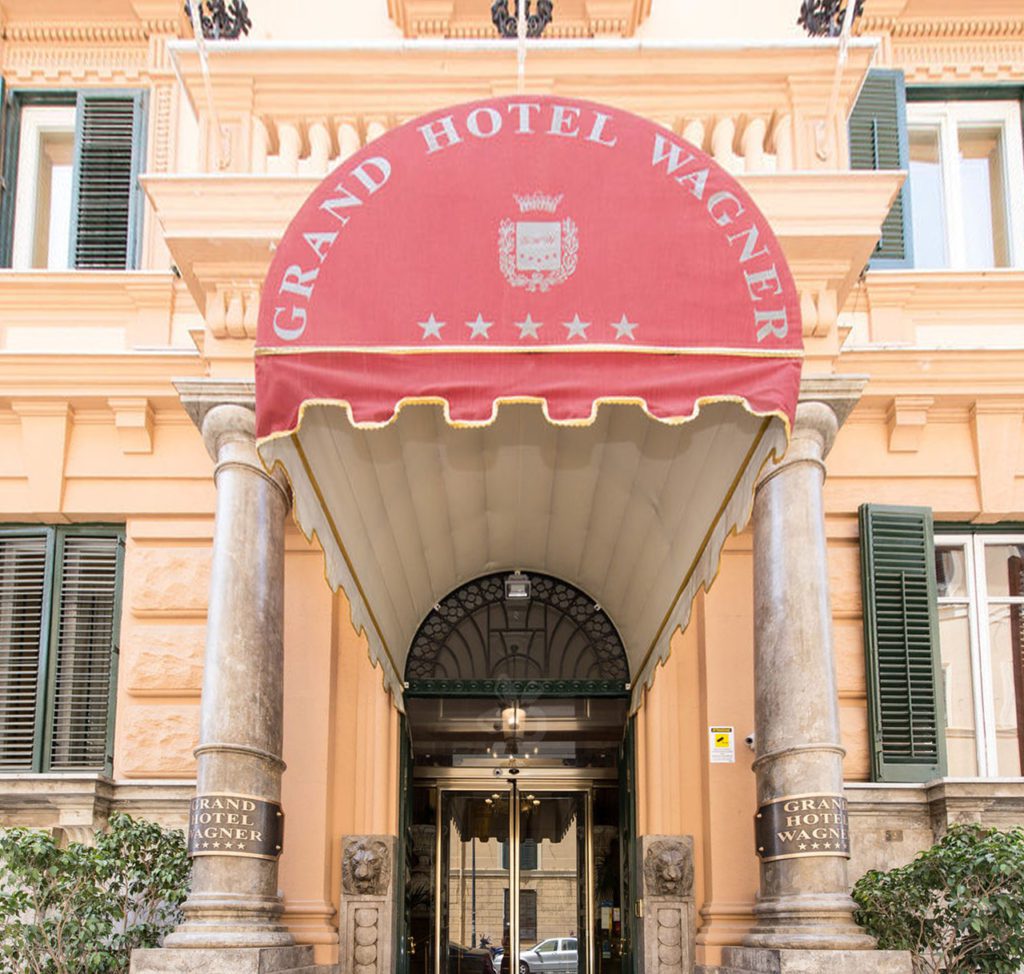 Many great restaurants, shops, and the Opera House were nearby. Our Superior Room (E 270 per night) was spacious and elegantly decorated. The bathroom was recently upgraded and included modern toiletries. The hotel staff was amiable and accommodated our every need. The front desk managers provide great restaurant recommendations that did not disappoint. 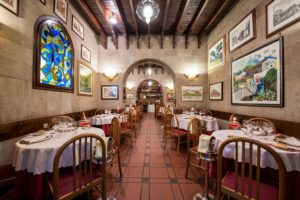 This elegant restaurant in the center of town has excellent ambiance and friendly staff. They specialize in fresh fish and pasta. They also offer traditional meat dishes. Their extensive list of Sicilian wine was impressive. Our waiter’s knowledge of the top Sicilian wineries was equally remarkable. We tried the “Gnocchi with Cheese Fondue and Walnuts” with a velvety Parmigiano-Reggiano cheese sauce, topped with chopped walnuts. We also tried the freshly caught fish of the day. Our waiter rolled over a “fish trolley” to show us the days catch. We chose the local Sea Bream a flaky white fish that is found in the Mediterranean, which was covered with butter and garnishes. This was the freshest fish that I tasted during our visit. Service was almost 5 star and worth their premium prices. 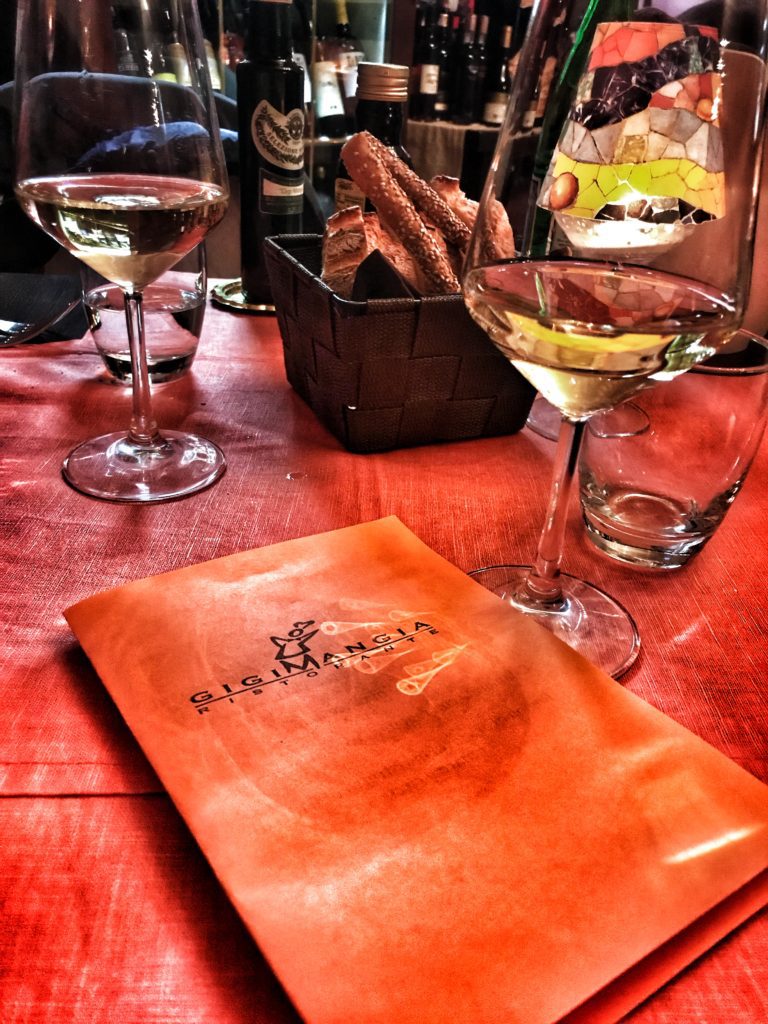 This is a small place but surprisingly great value based on the quality. Wine is a big part of the experience. They have a broad selection from Sicily but also carry wines from Italy’s best production areas. We loved the deep fried Arancini balls that were stuffed with rice and cheese, pasta with pistachio pesto, calamari, and fried eggplant. The handmade cannoli was a great ending. 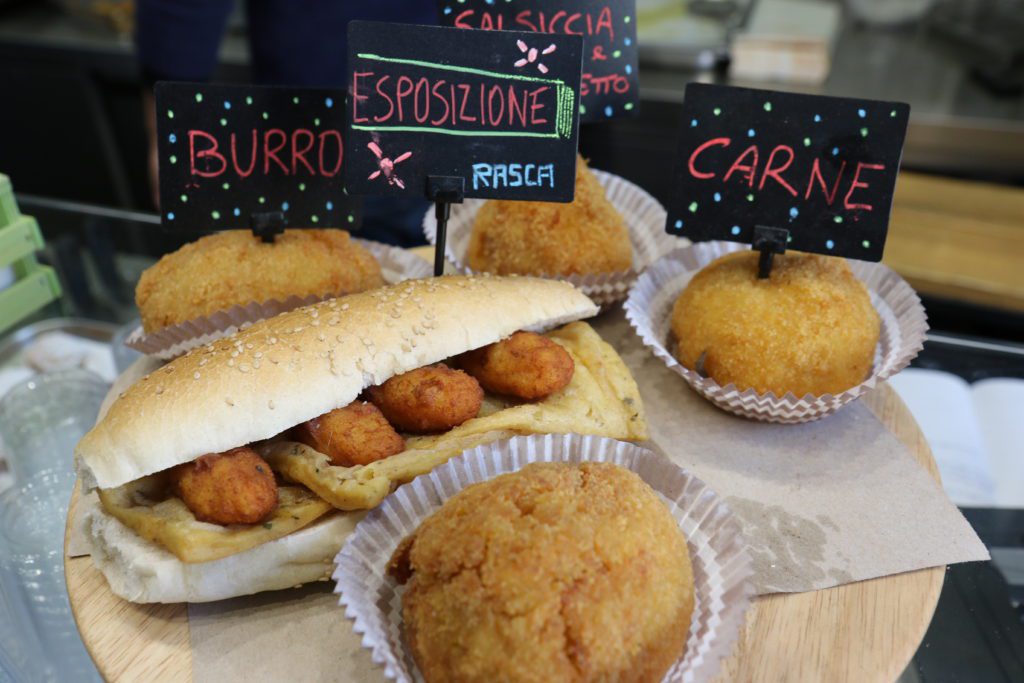 If you are looking for original Sicilian street foods, this is your place! They have an extensive variety of deep fried Arancini in Traditional, Meat-Based, Vegetarian, Vegan, Volcanic and Sweat styles. They also offer baked Arancini. Other offerings include fried chickpeas, traditional Sicilian Spleen sandwiches, Cannoli’s, Ice cream beer and wine.

Ke Palle Arancineria ****1/2
Via E. Amari, 154, 90139 Palermo PA, Italy
Note: This business has three other locations around Palermo and one in Trapani. The owner is looking to franchise throughout Italy in the future.
http://www.kepalle.it/ 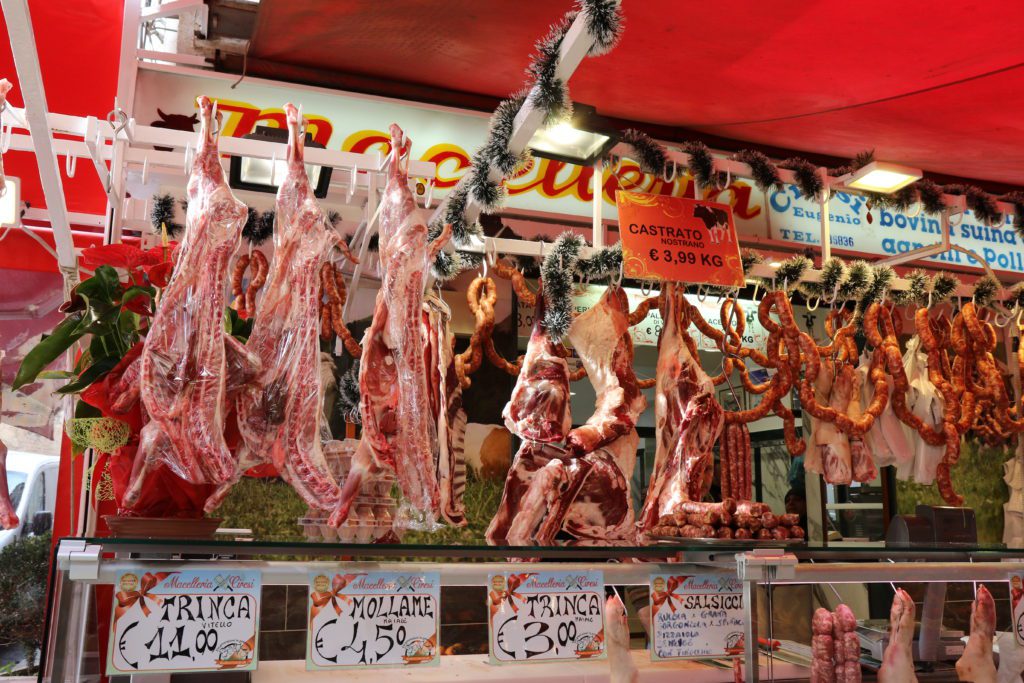 The Mercato del Cappo is one of Palermo’s oldest farmers markets. It spans roughly 12 blocks. It offers fresh vegetables, butchers, fishmongers, nuts, cheese, and souvenirs. Many of the vendors and family members have sold in this market for generations.

Wines from Sicily have been getting more and more press recently. They have gone from being cheap grocery store wine to a global contender on the world wine stage.

During our visit in December, we arrived during the Christmas holiday week an

Could find a winery that was opened.

In April 2018 at the VinItaly Show’s Opera Wine Event in Verona, they showcased Wine Spectator’s 100 Best Italian Wines of the year winners. Nine of the wines were from Sicily.

These wines are exceptional if you can find them. The brands are top producers, so give anything that they produce a try! 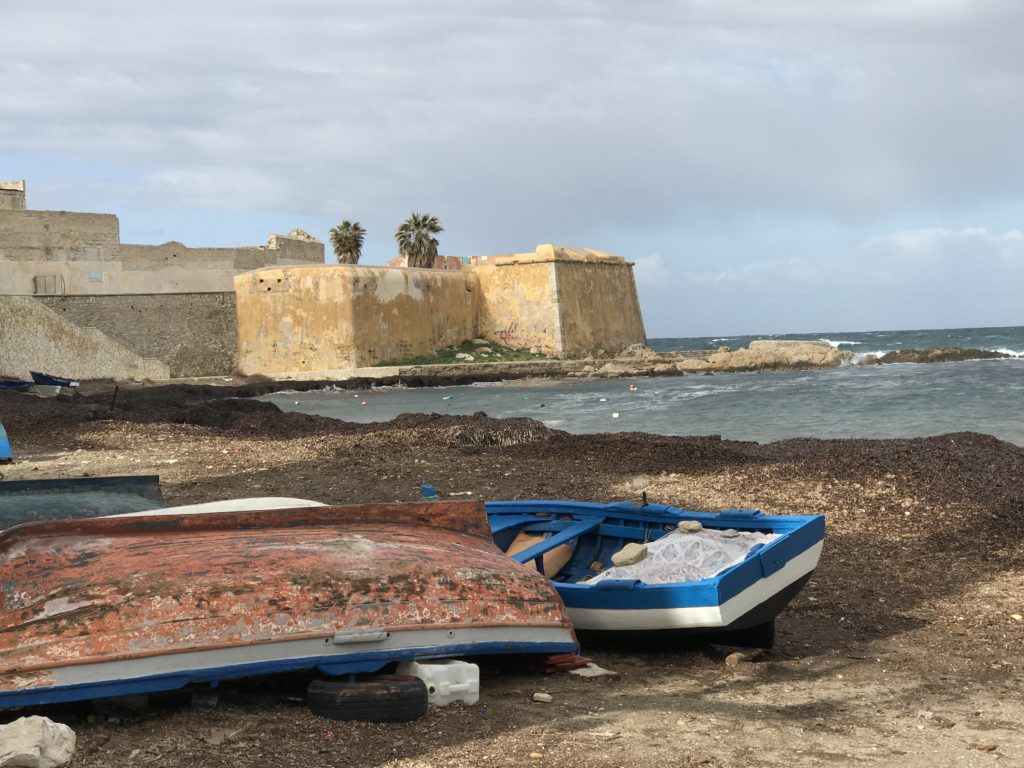 Excursion to Trapani and Segesta Temple

We decided to rent a car and take a journey to Western Sicily to the crescent-shaped oceanfront city of Trapani. It took about 1.5 hours to reach Trapani via the modern Autostrada. The town is famous for its salt marshes, salt museum and active Ferry Port with transfers to with links to the Egadi Islands, Pantelleria, Sardinia, and Tunisia.

We strolled the old town to find a restaurant for lunch. Surprisingly many did not open until 1:00 pm. We were happy to see one that was open at noon! 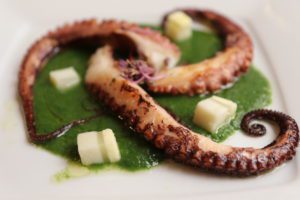 The English translation for this restaurant is “Temptation of Taste.”

It is a small, modern stone and brick-walled space with great ambiance. The selection of Sicilia wines was excellent. Our waiter described the wineries in great detail. The food presentation and quality was superb. We tried a Grilled Octopus, Fruit di Mare, Fried Cod, and Fried Cuttlefish with rice. We finished with the lemon cake, which was to die for! 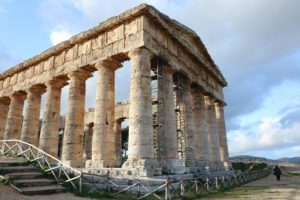 This should be high on any visitors list as a top reason to visit Sicily, right after eating the foods and tasting the wines! Its Doric temple is one of the best examples of a well-preserved Greek temple with six by fourteen columns on a base measuring 21 by 56 meters. It is believed that an Athenian architect built the temple in 408BC.  While the temple was not fully completed, its condition is better than most found in Greece.

Our one-hour drive back to Palermo was scenic and uneventful. When we drove into the city center to return our rental car, things became quite chaotic! It was 6 pm on Friday night when locals were returning home from work. Traffic was insanely busy with many vehicles double and tripled parked on main boulevards. Vespa’s were whipping around corners, not fearful of traffic or pedestrians. Driving to the Hertz rental return center was a nail-biter. So my advice is to take public transportation, or taxi’s whenever possible!

Finally, this quick visit gave us only a small taste of what can be explored in Sicily.

We are already yearning to return to explore the Eastern island area including the volcanic Mount Edna region where some of best wines are being produced.